Hire man with a van in East London - E,EC

Are you looking for a man and van service or are you looking for a full service removal company? Look no further, because we are professionals in both. Man and van E,EC offer everything from store pick-up’s, Student moves, full house moves, business relocations to a full packing service and storage.

East London is one of the more recently formed London areas, this is compared to the rest of the city of course. About three or four hundred years ago, the area was not designated by any city planning and was simply known as the area beyond The Tower. In time though the locale became a part of the city of Greater London and was officially called East London by the nineteen fifties. East London expanded and grew in economic and demographic aspect mainly because of the industrial development associated with the River Thames.

Logically, the industries that saw the most development, resources and success were ship building and the economic activities on the docks. Unfortunately though, the industrial value of the locale diminished, mainly during the second half of the twentieth century which sort of slowed down the economy and prosperity of the entire area.

We are specialise in in all kinds of small/medium moves, house, flat and office moves within E,EC we are not just a local man and van company, we offer a complete packing service. Nowadays though, East London is an area that is officially being regenerated and redeveloped as per the modern requirements of city and society. East London saw some serious construction and infrastructure development projects as preparation for the recent London Olympics.

In historical aspect, East London and the areas beyond its boundaries saw rapid development during the Victorian and Edwardian era, mainly due to the expansion of the railway system across London and the rest of the UK. The area was also subjected to lots of housing developments, some of which were privately sold, others were commission housing provided by the City Council.

Heavy urban and residential development was haltered by the implementation of the Metropolitan Green Belt and the necessity to protect and preserve Epping Forest. East London’s population has steadily been growing since the late eighteenth hundreds. These days London’s east side is home to more than two million people which makes it the most densely populated area within the city of Greater London. Today, East London is a celebrated multicultural community with many ethnic minorities living there. The nightlife in the area is vibrant and the clubs and pubs aplenty. The Olympic Stadium is also situated in East London so check it out.

We also offer Removal vans for hire in E,EC area


We know that you have many options for East London removal services. But we believe our inexpensive rates, reliability, and years of experience in moving marketplace provide our clients with an outstanding value and set us apart from all the other companies. Our E,EC East London man with van removals know that a family or a business move is not an easy task, requiring hard work, experience and knowledge.

We are company that takes this responsibility seriously, carefully managing every step of our move to ensure full customer’s satisfaction. Call today our man and van removals and receive the best quality on the lowest price.

Booking a removal team in East London from us is the perfect solution to relocations big and small, simple and complex, domestic and commercial. We have tailored our service in such a way that it is going to accommodate all your needs and personal preferences, ensure your comfort and satisfaction throughout the moving day. 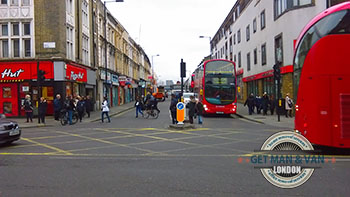 Moving home in E,EC and relocating is a stressful time for anyone our goal is to remove the stress and get your belongings to the destination as safely as possible. Our London man and van East London E,EC team will load the van securing your items with ratchet straps and blankets to ensure your belongings arrive at the destination in the same condition as they were when loaded. Upon our arrival your items will be carefully unloaded and placed in the room of your choice. Once this is complete and your absolutely happy our man with a van E,EC East London team will leave you relaxed and stress free.

We are fully licensed, bonded and insured removal van hire East London E,EC moving company and our staff is well trained in the art of moving and to be tentative to your needs. Our fleet of moving trucks undergo inspection prior to every move and we not only meet, but exceed all necessary insurance requirements. We specialize in every aspect of moving , whether its a small or big move, local or long distance, residential or commercial. Our removal van hire E,EC East London meet the needs of every client, moreover we provide a variety of services including free estimates, storage facilities, packing, loading, unloading and unpacking. Our storage solutions will perfectly complement your man and van in East London experience with us. Our facilities are easily accessible from all points of the area, from the Greenwich Observatory to the East London Zoo. The units are clean, well secured and accessible at any time of the day or night.

We offer the best commercial moving services in E and EC postal districts. With a man and van in East London from us you are going to make sure that the transition of your business goes with no disturbances and complications. We will cover every single removal need of yours in an efficient manner and you and your employees will not have to worry about a thing. We will relocate your work space on schedule and once we are done, you will know that you have made the right choice.

We run an entirely eco-friendly man and van East London service. All our vehicles are modern and clean, and to make things even better our drivers are trained for fuel saving driving techniques. These methods significantly reduce carbon emissions, but have another positive effect. Due to the minimal amount of fuel and time that we require in order to complete a transportation job, the prices of our man and van East London services are more competitive than anything else you can find in these parts of the capital. All in all, you can only benefit of having your property moved by a company such as ours. Feel free to contact us around the clock and we will be here for you. 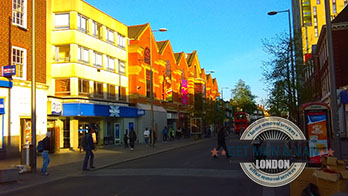 The East End of London is often considered to be the industrial heart of the capital. That's for historical reasons mainly. Today some of the better places to live in London are located here. Tottenham for example offers some great property deals. The E and EC postal districts have another face too. Canary Whar in the past decade has been attracting more and more investors. Make sure to check out some of the more popular tourist attractions in East London, like The Amathole Museum, the East London Zoo, or even the Yellow Sands Caravan Park.
: The current E postcode area was originally formed in 1866 as a merger of the E and NE areas created in 1858. In 1917 the postal districts were numbered alphabetically by their location. the districts usually cover a wider area than their names might suggest. the rest of the district did not gain an additional character. Where districts are used for purposes other than the sorting of mail, such as use as a geographic reference and on street signs, E1 and E1W continue to be classed as one district.
The Eastern District Office is located on Whitechapel Road and was the eastern terminus for the former London Post Office Railway, which has been mothballed since 2003.
The E20 postcode has been used fictionally as the postcode on the series Eastenders. However, E20 became a real postcode in 2011, being created for the new Olympic Park in Stratford, site of the 2012 Summer Olympics, from within the E15 postcode. .
Thorough info about East London and important places in E,EC district - East London