A look at the NFL offensive game 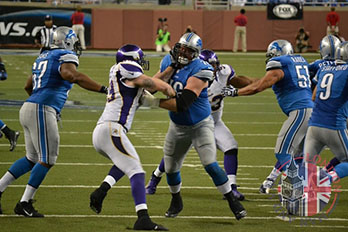 A look at the NFL offensive game

We will assume all is clear when it comes to rules and outlines of the game of American Football, or simply football as we like to call it and this is why we can take a deeper dive into breaking down every offensive position in the game. We will also look into some offensive formations and schemes in order to better understand how hard and at the same time fun conducting an offensive drive in Football can be.

Apparently we need to start with the quarterback. This is by far the busiest position on the field as this player touches the ball on every single snap. The quarterback’s duties involve many things and not only distribution of the ball. They need to call the plays for the offense and this is a pretty tough affair. The quarterback uses coded words to tell every player on the line up what to do on every single play. This involves the name of the play, the formation, the routes for the wide receivers, the actions needed by the running back and full back, the protection of the line and the snap count. 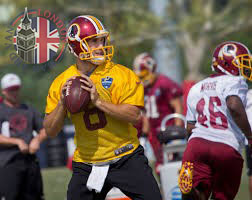 Sounds pretty tough right? Well it is. The key is that the rest of the team must know full well what the quarterback is saying in order to fulfil their duties properly. If a lineman misses the snap count or a wide receiver runs a wrong route the play will be broken and will have no positive effect whatsoever. This is why this game is so hard. There is barely any room for improvisation. If people are not on the same page then the whole thing will fail. The quarterback can also decide to keep the ball himself. This can be a scripted play or a scramble. The latter occurs when a play is broken or when the defensive coverage and pass rush is so good that the quarterback cannot pass the ball and runs with it.

The running back is the other key position on the offense. Most teams split the passing and the rushing plays in 50/50 proportions which means that the quarterback passes the ball on only 50% of the plays. The rest are reserved for the running back (or half back) to carry the ball through the line of scrimmage. This player needs to be incredibly strong because he will sustain hits on every play called for him. Half backs also need serious acceleration and speed in order to quickly cover as much ground as possible. Being elusive is also key as breaking tackles might ensure long gains and even touchdowns. And the last very important trait for a running back is the vision. The offensive line will try to make holes for the ball carrier but it is up to him to see them. Of course a running back may be asked to help blocking on certain plays but on others he will be asked to be in the role of a receiver coming from the backfield. Half backs who are also good at running routes and catching the ball are greatly valued in the NFL as they are a dual threat. Depending on the style of play of the given running back and the offensive system he is in we divide them into two main groups – north and south runners and east and west runners. The former are half backs which try to cut through the belly of the line of scrimmage and fend off as many blocks as possible. These runners are usually bigger and stronger and are not necessarily the quickest. They use sheer power to go through the defensive line. The east and west running backs try to run around the line of scrimmage and thus gain yards by moving toward the sidelines if the field. They are usually quick and agile but are not very good when it comes to trucking a defender.

American football might be quite confusing to somebody outside the US but it is in fact an interesting sport. And while Europeans might cringe when they hear the word “soccer” they should give a chance to the American football. So, try it – when your man and van team has finished moving you in Marylebone, sit back, relax and try watching some “alternative” football.

Wide receivers are the fastest players on the offense. Their job is to quickly run in open space and get free from the cornerbacks guarding them. These players catch passes from the quarterback and try to run as far as they can with the ball before getting tackled or scoring. Wideouts as they are also known, are usually slim and versatile. They look like athletics runners and are not very strong. The quarterback gives them routes in the huddle and they need to execute them properly in order to receive the ball. There are usually 10 different routes in the NFL and each one of them is represented by a certain number from 0 to 9. The quarterback can change these routes right before the snap using the so called audibles and the wide receivers need to know them very well. Some of the routes are:

During run plays the receivers are required to block the opposing cornerbacks so that they won’t help stop the ball carrier. To this day the NFL has had a hard time defining what a catch is. The current definition states that the receiver needs to have control of the ball and to have both feet on the ground in order for a pass and catch to be completed.

Tight ends are bigger in size receivers but they are asked more frequently to block. Full backs are something between a tight end and a running back. They are positioned in the back field next to the quarterback. They are required to really do it all. Sometimes they might carry the ball or receive a pass. But more often than not they are used as extra blockers.

The offensive line consists of 5 players none of which is eligible to be a pass target or to be handed the ball. They can however take possession of the ball if it has been knocked lose or fumbled by another player.