Camden a borough with many landmarks

Camden a borough with many landmarks

Camden is a London Borough that is classified as an Inner London borough. The borough is governed by the Camden London Borough Council and is situated in the central parts of London. 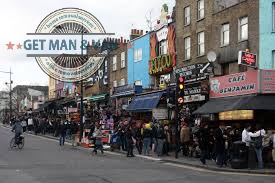 Like most London boroughs the Borough of Camden was formed in 1965 when several municipal boroughs were merged together. The main district of the borough is Camden Town. In fact the borough is named after Camden Town. In total 28 districts are situated in the Borough of Camden. Amongst these distract are some of London’s most affluent districts such as Belsize Park, Primrose Hill and Fitzrovia.

As you may guess we are quite familiar with Camden and driving to/from there is not a problem at all. Some of the districts that we service successfully in Camden are NW2 Cricklewood which is also part of Brent actually, Man and van Dartmouth Park – the NW5 team, also W1, Fitzrovia, Gospel Oak, Hampstead NW3 and the team in N6 – Highgate. Below you can check out some of the newest additions to our locally based van removal teams.

Within the Borough of Camden are located the headquarters of numerous public and private institutions such as the British Medical Association, the United Kingdom Cancer Research, the Trades Union Congress, the National Union of Students, and the Architectural Association. Also a number of prominent higher education institutions such as the Working Men’s College, the Royal Colleges of Surgeons, the Central School of Speech and Drama, the College of Law, the Royal Academy of Dramatic Art and many more are located in the borough.

Some of the other sub-districts of Camden are Holborn, Kentish Town, King’s Cross (a major station as well), Kilburn (NW6), St Giles, St Pancras and West Hampstead. As you can see there are many neighborhoods in the area of Camden which makes it a very important part of London and we strive to cover them all with our services.

The Foundling Museum is amongst the most visited museum of the borough. The museum tells the story of the Foundling Hospital which was Britain’s first orphanage. The museum is very popular for its Foundling Hospital Art Collection and its Gerald Coke Handel Collection which is the world’s largest collection of Handel memorabilia. The Freud Museum was established in 1986 and is dedicated to the famous psychologist Sigmund Freud. The museum is housed in the same house where Sigmund Freud and his family lived. Other noted museums in the Borough of Camden are the Grant Museum of Zoology and Sir John Soane’s Museum.

Another high profile London landmark that is located in the Borough of Camden is the London Zoo. The London Zoo is the world’s oldest scientific zoo and was opened in 1828. However the zoo was opened to the public 19 years later in 1847. Presently the zoo houses roughly 755 animal and insect species, and has one of the world’s largest collections with approximately 17,000 individual animals.