Today we will present to you several legendary and renowned athletes who have been knighted for their contribution to sport. 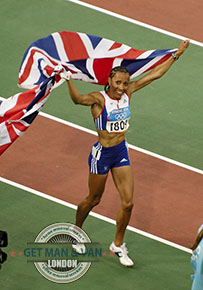 Gareth Edwards: Born, Gareth Owen Edwards, he played his entire career for the Cardiff Rugby Football Club. He is credited as the “Greatest rugby player to have donned the Welsh national jersey”. He is one of the few Welsh players to have won three Gland Slams during their careers. In 2015, Gareth Edwards became the latest rugby union player to be knighted by the British Royal Family.

Norman Brookes: Norman Brookes is the only tennis player in history to be knighted. He was born in 1877, in St. Kilda, Australia and was one of the finest tennis players of his time. In 1907, he was ranked world number one and after he retired from the sport, he became the president of the Australian Lawn Tennis Association. Throughout his career he has won the Australian Open in 1911 and the legendary Wimbledon Tennis Championship in 1907 and 1914. He was knighted in 1939. His wife, Mabel Brooks was knighted several years later in 1955 for her involvement in social and charitable causes.

Ian Wright: Former professional football player, Ian Wright was one of England’s most prolific strikers during the mid-1980s and 1990s. He spent most of his career in Crystal Palace F.C and Arsenal F.C. It is at the latter club that he gained international recognition and gained legendary status as he helped his team win the double (FA Premier League and FA Cup) in 1998. He retired from football in 2000 and soon after he was honoured with the MBE for his service to the sport. You can learn more about Ian Wright and his achievements at Arsenal F.C by visiting the club’s museum. You can do that while the movers providing your man and van services are handling your relocation for you. Don’t be hesitant into using professional assistance as presently man and van companies work with reasonable prices.

Alec Bedser: Alec Bedser is a former English cricketer who played as a medium-fast bowler. He is often recognised as one of the finest British cricketers of the 20th century. His career spanned for a total of 21 years during which he played only for one club, Surrey County Cricket Club. During World War II, he joined the RAF Police and was later sent to France with the British Expeditionary Force. He was knighted in 1996.