A Quick Dissection of the London Borough of Harrow

A Quick Dissection of the London Borough of Harrow

The London Borough of Harrow is situated in the northwestern parts of the English capital. It shares common boundaries with the boroughs of Ealing to the south, Hillingdon to the west and Barnet to the east. It also borders the county of Hertfordshire from the north. The borough is governed by the Harrow London Borough Council.

Just like the other London boroughs, Harrow was created in 1965 when the Municipal Borough of Harrow was abolished. Today it covers an area of 19.49 square miles and has an estimate population of 246.000 people. This makes the borough the 62nd most populous area of the United Kingdom. Harrow is comprised of a total of 18 districts. 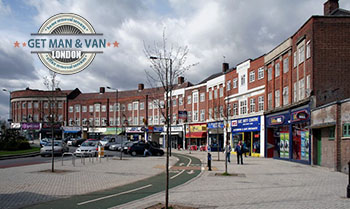 Belmont is one of the smallest districts in the borough. The area is named after the 18th century mound which was constructed in the district by Henry James Brydges – Earl of Carnavon and first Duke of Chandos. He had a house built at the top of the mound, so that he can enjoy the amazing vista that it providing. Today the earl’s former house had been converted into the headquarters of Stanmore Golf Course which is one of the finest in the city.

The eponymous suburban town of Harrow is one of the borough’s largest and most popular districts. It has a population of over 80.000 people and lies at precisely eleven miles from the well-known junction of Charing Cross. The town is home to two of the city’s finest educational facilities, the Harrow School which was founded in 1243 and currently has about 800 students and the Harrow High School which opened doors in 1911.

The town of Harrow is neighboured by the affluent district of Harrow-on-the-Hill. The area is one of the wealthiest and most opulent in the English capital. It is also one of the most elevated points in London with a height of 124 metres. The area tends to attract both local and foreign visitors as it provides astonishing views of the city.

Pinner is another prosperous area that lies within the Borough of Harrow. It has an estimate population of 20.000 people and is home to some of London’s most beautiful and expensive houses. The district can be easily reached as it is served by the Pinner Tube Station which was established in 1885 and presently serves the Metropolitan Line. Pinner is bordered by the district of Hatch End which is another well-known area of the borough. It lies at about twelve miles from the aforementioned intersection of Charing Cross. The Harrow Arts Centre is undoubtedly the most prominent and visited landmark of the district. The centre was opened in 1988 and is housed in the former Elliott Hall, an assembly hall which was built in 1904. It is one of London’s most visited performance venues and has a total of two theatre halls, the largest of which has a capacity of 404 spectators, while the smaller one has 120 seats.

The district of Wealdstone is known throughout the borough and city for being the location of the Harrow Leisure Centre, a sports complex that has a:

The area is also home to the renowned Harrow Skate Park which is the oldest still functioning skate park in Britain. The district is named after the Weald Stone, a sarsen stone which marked the boundary between the parishes of Harrow and Harrow Weald.

Rayners Lane lies in the western parts of the borough and is home to the Art Deco Zoroastrian Centre. The edifice that houses the centre is a listed structure and is one of the most recognisable buildings in London due to its odd shape that mimic the trunk of an elephant. To date it is the only official Zoroastrian temple in the United Kingdom.

South Harrow is one of the greenest areas in the borough due to the fact that it is home to several well-known open spaces such as Alexandra Park, Northolt Park (located only partially into the district) and the Roxeth Recreation Ground which is a large recreational ground that houses football pitches, ball courts, a natural rough land and several cricket fields.

The tiniest area of the borough is perhaps Queensbury. It isn’t home to any major or minor landmarks and doesn’t attract visitors by the number. This is why it is often described as a calm, quiet and peaceful residential area. The district’s most popular area is the Queensbury Circle Parade which is a roundabout that is surrounded by shops, public houses and eateries.

Situated in the northern parts of the borough, Stanmore is one of Harrow’s most popular residential districts. The area sits on the same site where once stood the parish of Great Stanmore and offers some of the finest and most picturesque panoramas of London due to the fact that it is one of the highest points in the English capital with an elevation of 152 metres. The district is home to the famous Royal National Orthopaedic Hospital which has one of the finest spinal units in Europe.

The district of North Harrow is classified as a suburban area and is one of the borough’s most desirable residential areas. The area is also home to the Yeading Brook Open Space which is one of the most visited parks in the borough. Recent studies show that the quality of life in North Harrow exceeds the London average. Headstone Manor is beyond any doubt the most reputed and visited landmark that is located in close proximity to the district. The manor house dates back to the 14th century and was once the home of the Archbishop of Canterbury. The most famed feature of the building is its moat.

West Harrow is the westernmost district of the borough. It is considered to be the most bohemian area of the Harrow due to the fact that it is the home of many galleries and artistic venues. The Usurp Art Collective which was established in 2010 is certainly the most renowned arts centre in West Harrow.

The remaining districts of the London Borough of Harrow