A Company Wants to Do Fracking in Harrow

A Company Wants to Do Fracking in Harrow

Recently the news broke that a newly established energy company, led by none other but the notorious Nick Grealy has applied for a permission to do fracking. Not somewhere in the rural parts of the country, but in London itself! 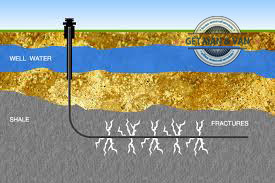 The company is called London Local Power and the plan is to frack three blocks of land located between Harrow and Downing Street. Yes, that is correct – Downing Street in the very heart of the metropolis.

Now, fracking is not something new for the territory of Britain. The government just closed the session for applying for permits for fracking throughout the country. Most applications have been for places like Surrey, Merton and Kent, generally rural areas where the process is not going to cause much disturbance for the people living in the area.

Mr Grealy has been recorded to say that the public backlash for the idea is so severe mainly because the said public is quite uninformed about the process, hence the negative attitude towards the whole idea.

The main concerns about fracking that the public has can be divided into two distinct categories – environmental ones and such related to worsening the living conditions for people living throughout the territory where the process is being carried out. Fracking is most generally explained as an extraction of natural gas from deep down the earth by pumping large amounts of water, some chemicals and sand at high pressure into shale rocks – thus the gas that has been trapped inside is released and collected for commercial use. Now, Mr Gealy has been a vocal supporter of the process for years now and he has explained his point of view numerous times. While he says that there is no danger involved in the whole endeavor, thousands of equally vocal opponents of the process are also present. So the idea of fracking in the middle of London is lightly put as a controversial proposal.

The other concern is that the process causes a lot of noise pollution that will definitely make the living conditions for residents of the area around the three blocks of land where London Local Power wants to dig for wells near to unbearable. The defense of the management of LLP on this matter is even less sound than the one about the environmental issue. Gealy has said that considering the noise levels in London, which is one of the largest and busiest cities in the world, and with awful traffic on top of everything else, this concern can be dismissed as irrelevant.

As of the benefits of fracking in London as well as other parts of the country, they would be increasing the local produce of gas and lessening the dependence of imports, which might be the only good thing that is going to come out of it.

But if the unlikely scenario where fracking is permitted in Harrow is realized, one thing is certain – local man and van companies are going to have a lot of work to do, because many people would want to move out of the area.