The Anatomy of the City of Westminster

The Anatomy of the City of Westminster

The City of Westminster is arguably London’s most important and well-known area. The borough is situated in the central parts of the city and covers an area of 8.29 square miles. At the moment it has an estimate population of approximately 250.000 residents and is one of the capital’s most densely populated areas with a density rate of 28.000 people per square mile.

Before becoming a London borough the area was known as the Metropolitan Borough of Westminster. It gained the status of a borough and city in 1965 when Greater London was established. The area is home to numerous prominent landmarks such as:

The borough is comprised of numerous districts including the affluent and very expensive area of Belgravia. The district lies in close proximity to the aforementioned Buckingham Palace and is the location of some of Europe’s most expensive residential edifices. Wilton Crescent is arguably the most renowned street of the area.

The district of Covent Garden lies in both the City of Westminster and the neighbouring Borough of Camden. The area is home to many world famous monuments such as the New Covent Garden Market which is one of the largest fruit, vegetables and flowers markets in Europe.

In the northern parts of the borough lies the district of Lisson Grove. The area is one of London’s most visited districts as it is packed with famous landmarks that attract travelers from the four corners of the world. Lisson Grove shares a common boundary with the district of Marylebone which is also known as St. Marylebone. The area is part of the W1 postal code district and is classified as an inner-city district. Just like Belgravia, Marylebone is one of London’s most opulent areas. 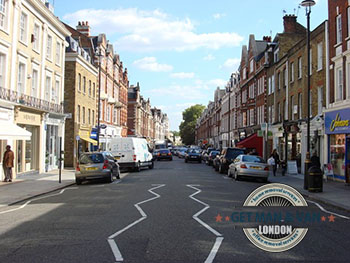 Right next to Marylebone is situated the area of St. John’s Wood. The district lies in close proximity to Regent’s Park which is another reputed landmark of the borough. Charing Cross, London’s main intersection is situated at about three miles from the area. St. John’s Wood is linked to the remainder of the city by its own tube station which was opened in 1939 and currently provides transportation services to almost eight million people on a yearly basis.

The residential district of Maida Vale is situated in the area of Paddington in the westerns parts of the City of Westminster. The area is known for its large houses which date back to the Victorian and Edwardian era. The district is also home to the BBC Maida Vale Studios. The district is served by a tube station and several bus routes that pass through it.

The Borough of Westminster is also the location of the highly reputed Soho district. The area is known for its vibrant nightly and prolific entertainment venues. One of Europe’s most fashionable districts, Soho is home to many high-end boutiques, five star restaurants and top notch public houses. It is also neighboured by the areas of Mayfair from the west and Chinatown from the south. Both districts are amongst Westminster’s most visited areas. The former is home to the Handel House Museum which showcases relics that are related to the life and work of celebrated German-born composer George Frideric Handel, who lived in London from 1712 until his death in 1759.

Knightsbridge is one of the most important districts in the borough. It is recognised in the London Plan as one of the two international retail centres in London. It is also an exclusive residential area which throughout the years has been inhabited by many notable people. The Hyde Park Barracks which are also known as the Knightsbridge Barracks are arguably the most distinguishable structures of the district.

The district of Pimlico is one of the smallest in the City of Westminster. The area is known for its Regency architecture and is often described by tourist as one of the most charming and beautiful district of the capital. Pimlico is home to over 350 Grade II edifices and several Grade II* churches.

The equally renowned area of St. James’s borders the district from the north east. The development of the district commenced during the 17th century and was created as a residential area for the British aristocracy. Today however, St. James’s is more of a commercial area than a residential one as it is the location of numerous office buildings, shops and other places of work.

Bayswater is considered to be the most cosmopolitan district of Westminster. The area has a culturally diverse population (home to one of the largest Greek and Arab communities in England) and is known for its gorgeous streets, garden squares and buildings with Victorian Stucco terraces. People such as Tony Blair, Keira Knightley, Paul Simonon, Gordon Matthew Thomas Sumner more commonly known as Sting, Alexander Fleming and many more have lived in the district throughout the years. The Greek Orthodox cathedral of St. Sophia is arguably the most well-known structures of the area.

In South Westminster lies the area of Temple which is one of the main legal districts of London. The area’s most notable monument is Temple Church. The structure dates back to the 12th century and is located between the famed Thames River and Fleet Street. It was built by the Knights Templar to serve as their English headquarters. From 1199 to 1216, King John used the church as the Royal Treasury.

To date the smallest district of the borough is Aldwych which is a one-way street that lies at less than a mile from the above mentioned intersection of Charing Cross. Despite is small size the area is home to numerous significant buildings such as the India House, Australia House, the Waldorf Hilton, the Novello Theatre, the Aldwych Theatre and many more. 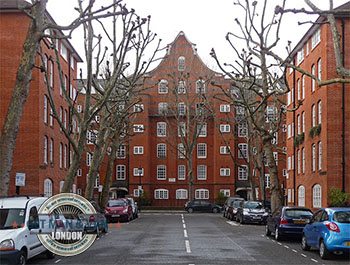 The Tate Britain is another high profile place of interest that is situated in the City of Westminster. The art gallery lies in the district of Millbank and was founded in 1897. It currently has a collection of over five million items and is the 9th most visited museum in the United Kingdom.

The other districts of Westminster are