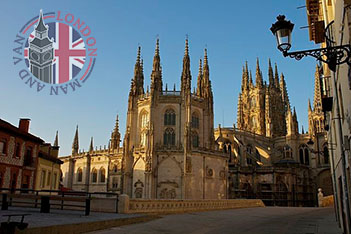 Gothic cathedrals are considered to be among the most beautiful edifices in the world. They are built in the gothic architectural style which was developed during the 12th century in France as a byproduct of the Romanesque style. At the time it was known as “French style” architectural and continued to evolve until the 16th century. Today, many gothic building can be found throughout the continent and some of them are majestic cathedrals which attracts religious and non-religious travelers from all corners of the globe. 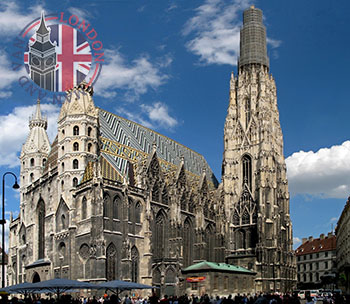 Located in the Austrian capital, Vienna, St. Stephen’s Cathedral was built during the mid-12th century. It is considered to be one of the most impressive gothic buildings on the planet. It has two spires: Northern spire with a height 68.3 metres and Southern spire with a height of 136.44 metres. The edifice was survived many wars throughout the centuries and today is recognised as a symbol of freedom by the Austrians. The cathedral sits on the ruins of two earlier churches. The structures most distinguishable features is its diamond-patterned tile proof which was added later, in 1952 to be more precise.

Milano’s primary landmark, the Milan Cathedral was built from 1386 to 1965. It lies on the city’s main square and is one of the largest and most complex gothic religious edifices on the European continent and the world. Officially known as the Duomo di Milano, the building attracts millions of visitors on a yearly basis and is one of Italy’s most prominent touristic sites. The cathedral is 158.5 metres long, 92 metres wide and 108 metres tall. Its dome sits at a height of 65.5 metres while the edifice is topped with a total of 135 spires. Throughout the years numerous architects have worked on the Milan Cathedral, some of the more notable are:

The cathedral’s interior is renowned for its numerous monuments and works of art, some of which are created by history’s finest painters and sculptors.

A UNESCO World Heritage Site since the mid-1980s, the Burgos Cathedral lies in the medieval city of Burgos in the northern parts of Spain. Its construction began in 1221 and was consecrated almost four decades later in 1260. During the 15th and 16th century the edifice was the subject of several alteration projects which marked the building’s construction. In 1919, the cathedral became the final resting place of Rodrigo Diaz de Vivar and his wife Doña Jimena Diaz. The edifice contains and displays the works of numerous notable artists and architects such as Juan, Simón and Francisco Colonia more commonly known as the Colonia family, Juan de Vallejo, Diego de Siloé, Juan Ricci, Martín de la Haya, Rodrigo de la Haya, Mateo Cerezo and many more.

More commonly known as York Minster, this cathedral is one of the largest in northern Europe and the United Kingdom. As the name suggests, the building is situated in the historic walled city of York in the northern parts of England. It was constructed from 1230 to 1472 and its “Great East Widnow” is classified as the largest expanse of medieval stained glass on the planet. The edifice is recognised as a National Monument and has been a listed as a Grade I structure since the mid-1950s. Another mind blowing British gothic cathedral that you must absolutely visit is the Southwark Cathedral in London which was built from 1106 to 1897. You can do that while a team of reliable London man and van contractors are handle your domestic or commercial removal to or from the English capital.

The Reims Cathedral lies in the French city of Reims in the northern parts of France. It is considered to be one of France’s most beautiful religious landmarks. The cathedral was built from 1211 to 1275, while the upper sections of the west façade where complete during the 14th century. It building is constructed on the sites of the basilica in which Saint Remi, bishop of Reims, baptised Clovis I in 496 AD. Throughout the centuries the Reims Cathedral has often been used as a coronation venue for the French monarchs. Today, it is one of the country’s most popular and visited gothic structures.

The Seville Cathedral is constructed on the same site where once stood the grand Almohad Mosque. The edifice’s builders used several columns and element from the mosque during the construction of the cathedral, while the minaret was converted into a bell tower known as La Giralda which is the city’s most known and emblematic landmark. The building of the Seville Cathedral commenced in 1401 and ended over a century later in 1528. The structure has been a UNESCO World Heritage Site since 1987 and is currently ranked as the third largest church in the world and the largest gothic cathedral on the planet. It is also one of Spain’s most visited places of interest.

The French capital is home to numerous world famous and mesmerising structures and the Catholic cathedral of Notre Dame de Paris is one of them. It was built from 1163 to 1345 and is described by many architectural experts as one of the finest examples of French gothic architecture. During the French Revolution, the cathedral was heavily damaged and desecrated as most of its sculptures and treasures where either stolen or destroyed. It was Eugène Voillet-le-Duc who restored the building during the 1845 and restored its long lost beauty. The cathedral was once again renovated during the early 1990s. Today, Notre Dame de Paris is one of the world’s most visited religious edifices and its main feature is the rose window which is believed by historians to have set the pattern for many other cathedral windows.