The Borough of Enfield in Details

The Borough of Enfield in Details

The London Borough of Enfield is the northernmost borough of the English capital. It covers an area of 31.74 square miles and is one of the largest in the city. It has an estimate population of 325.000 inhabitants and a density rate of 10.000 people per square mile. The borough is comprised of a total of 27 districts and is home to some of the best schools in London. 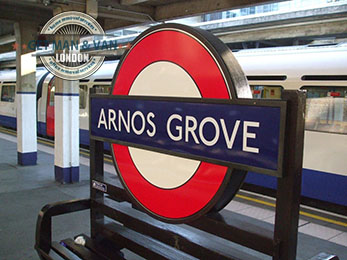 The district of Arnos Grove lies in the westernmost pars of the borough and is home to Arnos Park which is one of London’s most notable open spaces. It covers an area of 44 acres and was once part of the Arnos Grove Estate. The park was opened to the public during the late 1920s after it was purchased by the Southgate Council. The parish church of Our Lady of Lourdes is another well-known local landmark. It lies in close proximity to Our Lady of Lourdes Roman Catholic Primary School which is one of the finest primary educational facilities in the English capital.

Crew Hills is an area that lies at exactly 12 miles from the noted junction of Charing Cross. It has a population of approximately 550 people which makes it one of the least populated districts on London. The Crew Hills Golf Course is arguably the most noted place of interest in the area. It was founded in 1916 by former Scottish footballer, John White. The Whitewebbs Museum of Transport is another landmark that attracts visitors on a regular basis. 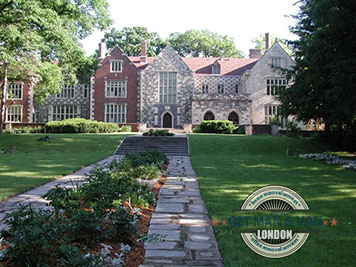 Edmonton is one of the largest districts in the borough and has a population of almost 100.000 residents. The intersection of Charing Cross lies at about nine miles from the area. Edmonton is home to numerous edifices of historic interest such as:

Unlike Edmonton, the suburban area of Grange Park is one of the smallest in the borough. It is connected to the remainder of the Enfield and the city by the eponymous Grange Park Railway Station which was opened in 1910. The rail link sits on the Hertford Loop Line and according to the latest numbers provides transportation services to an estimate of 400.000 passengers per year.

Palmers Green High School is a highly prolific independent educational facility which as its name suggests lies in the area of Palmers Green. It was founded in 1905 and is classified as a girls’ school. Amongst its most notable students are poet and novelist Stevie Smith, and actresses Kathryn Prescott, Mega Prescott and Dame Flora Robson. Currently Palmers Green High School has a student body of approximately 320 pupils from the ages of 3 to 16. 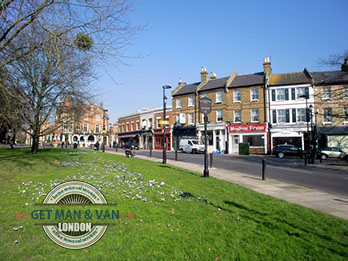 The area of Winchmore Hill is part of the N21 postal code district and lies in the southern parts of the London Borough of Enfield. It is the location of some of the most acclaimed restaurants and shops in the borough which explains why many described it as a focal commercial area. It is also home to an abundance of awarded schools such as St. Paul’s School, Winchmore School, Ashmole School, Keble Preparatory School, Highland’s School and more. The district is served by several bus routes that pass throughout it.

Freezywater is a small residential area which lies in the northernmost parts of the borough. Chesterfield School is perhaps the most noted building in the district as it was accidentally struck by a bomb during World War II. The German bombers were actually aiming for the Royal Small Arms Factory which functioned from 1816 to 1988. During the early 21st century the weapons production plant was partially damaged by fire but despite it ruinous state the edifice is still standing and awaiting its faith. 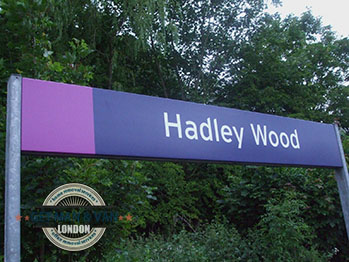 The suburb of Hadley Wood lies at precisely eleven miles from the junction of Charing Cross. It is considered to be the most affluent residential district in Enfield as throughout the years the area has been the home to numerous notable people such as footballer Darren Bent, fashion model Pattie Boyd, singer Emma Burton, footballer Keiran Gibbs, boxer Lennox Lewis, car manufacturer Colin Chapman, television presenter Richard Littlejohn and many more. Hadley Wood is linked to the other areas of the English capital by its own railway station which was established in 1885 and serves approximately 350.000 people on an annual basis.

The area of Southgate lies on the boundary that separates the boroughs of Enfield and Barnet. The district is known for its numerous public houses, taverns and restaurants. Just like most areas in Enfield, Southgate is the location of several well-known and highly awarded educational institutions. The most noted school in the district is beyond any doubt Barnet and Southgate College which was established in 2011 with the merger of Southgate College and Barnet College. The area is also known for being the home of numerous professional and amateur sports teams. 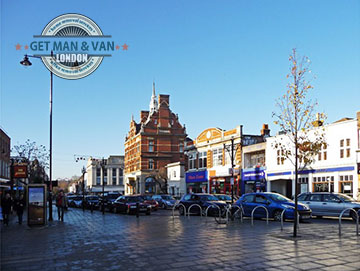 Enfield Town is perhaps the most important district of the borough as it is classified in the London Plan as one of the 35 major centres in Greater London. It has a population of over 100.000 people and is indentified as both a residential and commercial area. An interesting fact about Enfield Town is that the world’s first cash machine was installed at the local branch Barclay’s Bank. The district is also home to one of the largest shopping centres in the borough, Palace Gardens.

The hamlet of Bulls Cross is reputed to be the greenest area of the borough and a testament to this is the fact that it is part of the Metropolitan Green Belt. The area is also the location of the training grounds of the famous English football club Tottenham Hotspur. The Myddelton House is another highly popular local landmark.