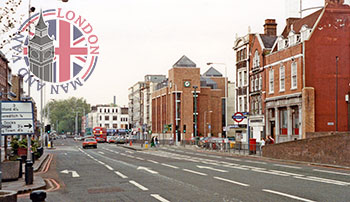 The Borough of Tower Hamlets was created in 1965 and lies in the central parts of London. It covers an area of 7.63 square miles and has a population of over 280.000 people. It is one of the smallest boroughs in the English capital but has one of the highest density rates with 37.000 inhabitants per square mile. Tower Hamlets is comprises of 27 sub-areas, some of which are among the most famous districts of London.

Leamouth is one of the smallest areas within the borough. It lies in close proximity to the River Lea, hence the district’s name. Container City 2 is beyond any doubt the most notable landmark in Leamouth, E14. It is a residential site built from shipping containers and is mainly inhabited by the area’s working class. Jubilee Bridge, a pedestrian crossing over River Lea is another well-known local structure. It connects the district with Canning Town Station which is the closes rail link.

The area of Old Ford, E3, is situated in the northern parts of Tower Hamlets and is known throughout the city for its Victorian architecture. The Old Ford Lock, a paired weir and lock on the River Lee is perhaps the district’s most popular structure. It dates back to the 18th century and is about 30 metres long, 6 metres wide and has a fall of approximately 3 metres. Old Ford is linked to the other parts of the English capital by a number of bus routes which pass through it on a regular basis. The nearest tube station is located in the adjacent area of Hackney Wick.

Stepney is perhaps one of the borough’s most notable districts. It has a population of approximately 17.000 and lies at about four miles from the junction of Charing Cross. St. Dunstan’s is beyond any doubt the area’s most famous landmark. The church dates back to the 15th century and is one of the oldest structures in Tower Hamlets. It is considered to be one of the most beautiful religious edifices in the English capital and a recognition to this is the fact that St. Dunstan’s is listed as a Grade I structure by the local authorities. Throughout the years numerous notable people such as Richard Mead, Arnold Wesker, Ledley King, Ashley Cole, Bernard Bresslaw, Lionel Bart and more have lived in Stepney, E1. The area is served by its own tube station which sits on the District Line and Hammersmith and City Line from the London Underground Network.

Limehouse, E14, has an estimate population of 16.000 residents and is neighboured by the districts of Ratcliff and Millwall from the west and east respectively. The famed intersection of Charing Cross lies at approximately four miles from the area. The Limehouse Town Hall is arguably the most recognisable building in the district. It was designed by A & C Harston and constructed during the second half of the 19th century. St. Anne’s is another popular local landmark. The church dates back to the 18th century and was designed by renowned English architect Nicholas Hawksmoor. Limehouse is served by its own station which provides transportation services to over ten million people annually.

The area of Whitechapel is located in the western parts of the borough and is home to the world famous Royal London Hospital. The healthcare facility was established in 1740 and is presently one of the largest teaching hospitals in the United Kingdom. Whitechapel, E1, is linked to the other parts of the city by its own station which is one of the busiest in the English capital. It was opened in 1876 and sits on the following lines from the London Underground and London Overground:

The residential district of Poplar is situated at about six miles from Charing Cross. It is considered to be one of Tower Hamlets’ most desirable neighbourhoods and a testament to this is the fact that throughout the years a large number of famous people have lived in Poplar, E14. Among the most notable residents of the district are Neil Banfield, Jamie Redknapp, Sir Nicholas de Loveyne, Will Crooks, Tommy Flowers and more. The area is home to several well-known places of interest including St. Matthias Old Church.