Ealing – the borough of diversity

Ealing – the borough of diversity 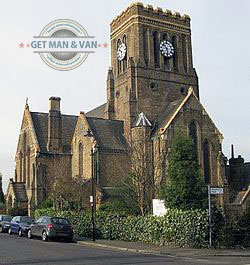 The Borough of Ealing is one of those places that usually stay in the periphery of the tourists’ attention, which is actually something quite normal – the majority of big attractions and cultural venues in the capital are located elsewhere. That does not mean that Ealing is a bad place – quite the contrary, this Outer London Borough is one of the finest residential areas in the metropolis and for that reason it deserves much more respect to be paid to it.

The borough is located in West London and borders Hillingdon, Harrow, Brent, Hammersmith and Fulham and Hounslow. It is a particularly green area, with a considerable part of its territory (330 hectares) being part of the Metropolitan Green Belt. This fact is clearly visible in its two garden suburbs – Brentham Garden Suburb and Bedford Park.

Ealing has an estimated population of 339 300 and is one of the most culturally and ethnically diverse boroughs in London. This contributes much to the impression that it is a very colorful and vibrant place, where cultures meet and people live in harmony and peace despite their differences.

A large portion of the local population is White Irish, which is evident from the high number of traditional Irish pubs to be found here, as well as the large scale celebration of such holidays as St. Patrick’s Day and the popularity of Gaelic games among the residents. Other considerable minority is the British-Polish one, which is concentrated mostly in Acton and Ealing. Southall on the other hand boasts one of the largest Asian communities in London, which makes many people to refer to the area as “Little India”. In addition to all that South and West Ealing are known for being home to considerable Hungarian and Assyrian communities.

But these are not the only interesting places in Ealing. Quite to the contrary, every area in the borough has something to show to the person willing to explore it, either in terms of history or contemporary culture. Yeading for example was well known for its brick making industry and being home to one of the largest docks in London in the 19th and the 20th centuries. Snakersbrook has the oldest and most beautiful building to be found the borough of Ealing – the Snaresbrook Crown Hall, established by King Leopold I of Belgium in 1843.

It can very well be said that Greenford, which is in the westernmost parts of the borough, played a large role in the shaping of the modern world as we know it, because it has been the place where the organic chemical industry has emerged thanks to the William Perkin’s chemical factory lying just on the banks of the Grand Canal.

If pubs and public houses with great historical traditions are up to your taste, you should not miss to visit Hanwell which is the place with the greatest concentration of old time pubs in Ealing. This is mainly due to the fact that Uxbridge Road (today known as Oxford Road) went through here.

Northolt is the place to be if you are looking for a quiet and comfortable spot to set up your home in. The rapid suburban  development here began in the 1920s and construction of new private housing continues up to this day. The picture is similar in Norwood Green too. As can be deduced from the name of the area, it is a peaceful and very green suburban development. Located near the Union Canal, it has bungalows, detached and semi-detached houses to offer to its potential residents, as well as many parks and open green spaces.

If you are looking for a place in Ealing where many notable people come from, you should definitely stop by Perivale, where Mike Cole from Mungo Jerry, session pianists for the Beatles Nicky Hopkins, playwright Derek Marlowe and record producer of the Beatles and Sex Pistols Chris Thomas, among many other were born here.

As you can see, despite its relatively remote location, Ealing is a colorful and very interesting borough that has much to offer to you.