The Collections in the Museum of Madam Tussauds

The Collections in the Museum of Madam Tussauds

London is home to numerous extremely popular museums and the Museum of Madame Tussauds is undoubtedly one of these museums. The museum displays a large collection of was sculptures that depict celebrities from all over the world and from every professional field. The museum is also known to the famous Chamber of Horrors. 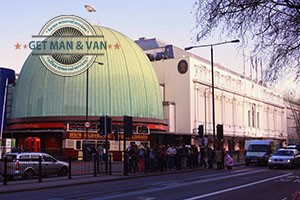 The wax sculpture collection of the museum is divided into several categories which are:

World Leaders – As the name suggests it this section of the museum contains wax sculpture of noted politicians and leaders of men such as current Chancellor of Germany Angela Merkel, U.S President Barack Obama, French President Francois Hollande, leader of the Indian independence movement Mahatma Gandhi, former President of South Africa Nelson Mandela and many, many more.

Marvel Super Heroes – Marvel super heroes have become a social phenomenon during the last few years so it is perfectly understandable that they have their own category. The very few sculptures that are in this collection depict Captain America, Iron Man, Spider Man, The Hulk, Wolverine, Hawkeye and Nick Fury.

Bollywood – this section is entirely dedicated to Indian actors that perfume in the numerous movies that Bollywood produces. Some of the most noted sculptures are the Shahrukh Khan, Salman Khan, Aishwarya Rai Bachchan and Hrithik Roshan.

Hollywood – It is not only Bollywood stars that have their own section. This section includes the wax sculptures of Charlie Chaplin, Helen Mirren, George Clooney, Nicole Kidman, Angelina Jolie, Taylor Lautner and numerous more.

Music – The world famous musician that are represented in the museum are Adele, Beyonce, Lady Gaga, Michael Jackson, The Beattles, Madonna, Justin Timberlake and many more.

Sports – Numerous athletes from almost all sports are represented in this collection. The most famed athletes that have their wax sculptures in this section are Cristiano Ronaldo, David Beckham, Muhammad Ali, Usain Bolt, Mo Farah, Rafael Nadal and so on.

Culture – This is the smallest collection of the museum with only four sculptures, Pablo Picasso, Charles Dickens, Albert Einstein and Madame Tussaud.

Chamber of Horrors – This is the museum most controversial and yet most famous collection. The collection showcases the wax figures of infamous people such as Adolf Hitler, Vlad the Impaler, Genghis Khan and etc.

The museum is so popular throughout the world that it has several branches in several major cities of the world.

Make sure that you visit this remarkable museum as soon as your relocation is over. You can accelerate the execution of your move by using professional man and van services. Such services are provided by man and van companies that have years and years and years of experience in the moving business. Also don’t be afraid about the prices of such services because they are provided at very reasonable prices.

Before you go to Madame Tussauds arm yourself with patient because getting into the museum may be a bit time consuming as a lot of people tend to visit it on a constant basis.