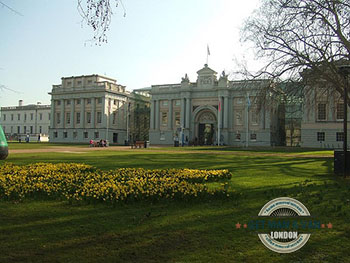 There is no better way to unwind after a major relocation than to go out and spend an afternoon NOT thinking about unpacking, man and can companies and the changes that lie before you at the new place. Unfortunately, we are in such a season that simply walking outside or doing something in the nearby park would not be so pleasant, so you should think of an activity that is conducted indoors. Going to a museum might very well turn out to be your best option for a number of reasons:

The question remains, which of the many large and fine museums in London should you go to. Naturally, the British Museum is the first to come in mind, and even though it is truly spectacular (and mandatory), we’d like to bring your attention to the National Maritime Museum.
Located at Park Row, Greenwich, London, this museum is the largest of its kind in the world. The National Maritime Museum is itself housed in a historical building, and is part of a much larger museum complex which incorporates the 17th century Queen’s House, the Royal Observatory, the Cutty Sark and the historical part of Greenwich as well.
The museum occupies just over 200 acres of the Greenwich Royal Park. The building that is housing the institution used to be the Royal Hospital School. The whole complex is now an UNESCO Heritage Site under the name Maritime Greenwich. A really interesting part of the museum complex is of course the Royal Observatory. The building, which used to go by the name of Flamsteed House was built in 1675 and 1676. It was designed by Sir Christopher Wren, one of the most acclaimed British architects in history, responsible for the buildings of the Royal Naval College and Hampton Court Palace as well. The observatory is so special because it became the first purpose built scientific building in England.
The museum was created under the National Maritime Act of 1934. Its collection is so vast that there is no way to describe everything that you are going to see should you pay the National Maritime Museum a visit. Logically enough, most of the pieces that are housed here are related to the naval history of Britain – painting, documents and items from the earliest times of naval navigation to this day. There are some items that were taken from Germany after the conclusion of the Second World War.
The museum is also responsible for the annual Caird Medal Prize, which is given by the board of trustees to “an individual who, in the opinion of the Trustees of the National Maritime Museum, has done conspicuously important work in the field of the Museum’s interests and is of a nature which involves communicating with the public.”