Six of the greatest British women to have ever lived

Six of the greatest British women to have ever lived

There are many men that have left their mark in British history but there are also a lot of women women who have written their names with golden letters and passed the test of time. Here are some of the most famous British women to have ever lived. 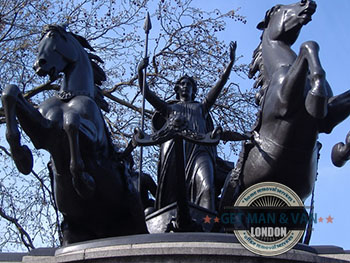 Boudicca was a warrior queen of the Iceni tribe. She led a rebellious campaign against the Romans that nearly ended the Roman rule in Britain. Boudicca was the leader that wiped out the Roman’s Ninth Legion and sacked the strongholds at London, St. Albans and Colchester. She was known as a ruthless leader who entered into battle while standing tall on her chariot.

Queen Elizabeth I was born in 1533 and ruled England and Ireland from 1558 to her death in 1603. Just like Boudicca, she was a firm leader and is arguably one of the most recognisable monarchs in British history. Despite being a controversial figure it was she that led the campaign against the fearsome Spanish Armada and led England to world prominence.

Octavia Hill is often referred to as a forgotten heroine in British history. She was a housing reformer and the co-founded of the National Trust in 1895. She managed slum properties and through a humane and careful selection of tenants, she managed to gain a fortune. Octavia Hill was one of the first people to campaign for the preservation of open spaces as she realised their environmental importance. Many historians describe her as a woman that was ahead of her time.

Queen Victoria came to the throne when her royal uncles King George IV and Kin William IV, failed to produce a legitimate heir. She was crowned in 1838 and she quickly became the most powerful woman in the world due to Britain’s colonizing power and strong trading companies. She was known for her scandal-free private life, which regained the people’s trust in royalty. Queen Victoria was also known for her immense love towards her husband Prince Albert, whose passing in 1861 left her in mourning for the rest of her life.

Florence Nightingale was the first woman in British history to appear on a UK banknote and to hold the Order of Merit. She tended the British troops during the Crimean War and her pioneering work earned her the gratitude of an entire nation. After the war, Miss Nightingale devoted her life into improving sanitation and health care, despite her own ill health.

You can learn more about all these great women and many more by visiting one of the numerous museums in London once your move is over. You can ease and speed up your relocation by using professional man and van services. Know that nowadays most man and van contractors work with reasonable prices.

Bonus: Lady Mary Wortley Montagu was an aristocrat and writer, who is most known for her observations about life in the Ottoman Empire. She was the wife of the British ambassador in Istanbul and she used her time in the Ottoman capital to scrutinise local doctors and bring back to the United Kingdom the knowledge on how to vaccinate smallpox.