The Most Visited British Museums Outside of London

The Most Visited British Museums Outside of London

The National Museum of Scotland is the most visited museum in the United Kingdom outside of London. The museum is the eighth most visited museum in the United Kingdom and welcome a little less than two million visitors on a yearly basis. The museum was formed in 2006 when the new Museum of Scotland which displayed a large collection of items related to Scotland’s history and culture and Scottish antiquities was merged with the Royal Museum which showcases items related to science and technology. 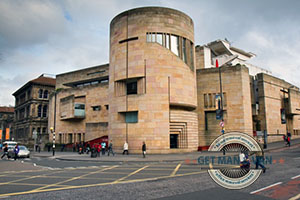 The museum is located in the Old Town of Edinburgh. The Old Town of Edinburgh is the oldest part of the Scottish capital. Aside of the museum the area is home to several other prominent places of interest and is one of Scotland’s most desirable residential areas. The area is very well organized and provides numerous public services to its residents including man and van services. So you are planning to move to or from this area of the city you won’t have a hard time finding top notch man and van services.

The museum is housed in two buildings with distinctive features which are situated on Chambers Street – one of the most famed streets in Old Town. The new Museum of Scotland is housed in a modern building which was opened in 1998, while the Royal Museum is housed in an old building that was built 1861 and partially opened in 1866. The latter edifice has a Victorian Romanesque Revival façade and is described by many as one of the most beautiful buildings in the Scottish capital. In 2011 the older building was the subject of a major refurbishment project which aimed to restore the damaged parts of the building and extend in order to be able to accommodate more visitors.

At the moment the National Museum of Scotland has 16 new galleries and a total of 8,000 artifacts which are on display. Before the merger approximately 80% of both museums’s collections weren’t displayed. Currently the most noted exhibit of the museum is the stuffed body of Dolly the sheep, the first successful clone of a mammal from an adult cell.

Another highly notable artifact of the museum is an Assyrian relief of King Ashurnasirpal II and a court official. The relief was excavated by Austen Henry Layard during the 1840s and was part of the North-West Palace of Ashurnasirpal at Nimrud. It was James Young Simpson who gave the relief to the Society of Antiquaries of Scotland, who later passed it into the national collection.

The National Museum of Scotland is also home to eleven of the Lewis Chessmen. The chess pieces date back to the 12th century and are made from walrus ivory. The Lewis Chessmen were discovered in 1831 on the Isle of Lewis and are one of the few surviving medieval chess sets. The entire set comprises of 93 artifacts (78 chess pieces, 14 tablemen and one belt buckle). The remaining 82 pieces of the Lewis Chessmen are owned and displayed in the British Museum.