Five Museums in London You Probably Did Not Know About

Five Museums in London You Probably Did Not Know About

If you find yourself with some free time while the people from the man and van company are relocating your goods as part of your upcoming home removal, you might want to do something fun  in order to de-stress from all the hassle. Visiting a museum with your family might very well turn out to be the best solution for you. But instead of going to the crowded National Museum or The Naval museum, you might want to visit some of the more out of the way spots that London can offer you in abundance. 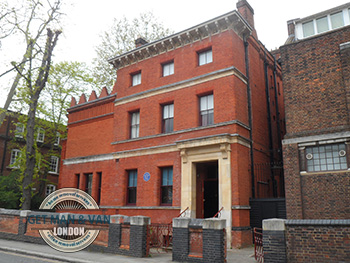 Small museums are much better than the large ones that the capital has to offer you for a number of reasons:

So, where you should start from?

The Leighton House, which was home to painter Sir Frederick Leyton, is one of the most unique Victorian houses that still survive in London. The exterior of the building makes it look like a rather standard Victorian home, but it is the interior that makes it really interesting. Sir Frederick Leyton designed his own home, inspired by the Pre-Raphaelite art movement. The ceramic-tiled walls, gilt-painted dome, and stained glass windows were some of the house’s features that astonished the painter’s contemporaries. He was even described as Not-British-Enough by his enemies. So, the Leighton House is a place worth paying a visit to.

Sir John Sloane’s Museum is home to a large and very interesting collection of art and antiquities that were in the private collection of the eponymous Sir John. What makes the place unique however is the seemingly clutter-dominating order in which the collection is displayed. The house is packed with books, prints, statues, columns and art works and even a large sarcophagus. It looks like the home of a crazy genius from the 19th century than a museum. Sounds interesting, doesn’t it?

If you know Tate’s Modern collection by heart, but you are still longing for a classical art space where you can marvel of the beauty of nice works of art, then you should definitely drop by the Dulwich Picture Gallery. A 19th century baroque building is home to the collection and many of the pieces that are on display there are from that period and style. The architectural decisions that were incorporated in the building, and more specifically the arrangements of the roof-windows became the basis for the way lighting in all modern galleries around the world are executed today. The Dulwich Picture Gallery was commissioned by Sir Francis Bourgeois in the first decade of the 19th century with the purpose of housing the nobleman’s private collection of Baroque art.

Naturally, there are many more nice small galleries and museums in London. Just go out and explore your options.