Some of the Most Fabulous British Royal Homes

Some of the Most Fabulous British Royal Homes 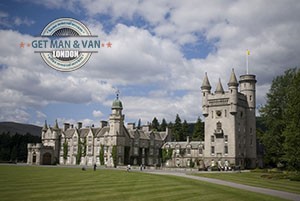 Royal residences have two things in common. By serving as homes to the Royal family, they are somewhat of a symbol of the British Monarchy. The second thing is that it will take much more than a simple man and van service to move them.

Do you know even half of the residences that belong to the crown? We have created a list of some of the most famous among them.