Which are the Royal Boroughs of London?

Which are the Royal Boroughs of London?

After the reorganization in the administrative divisions in England in 1965, three of the 32 boroughs in London received the designation of a royal borough. What does this mean? 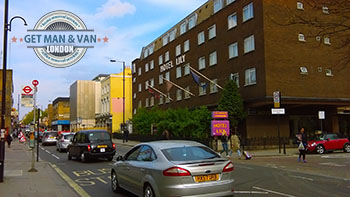 The status of a royal borough is given to an area on the territory of the country that is tightly related to the history of the British Monarchy in some way or another. It is not a surprise that the names of the royal boroughs of London coincide with the names of the most desirable places of residence in the capital as of today – a quick inquiry with man and van companies that operate on the territory of the city will prove that conclusively. After all, it is only logical the kings and queens of Britain to have an affinity towards places that are beautiful and well kept, with richness of amenities, open green spaces and even spirit if you will that just makes them the better places to be.

In the case of London, which are the royal boroughs and why they have be declared such?

Today Kingston, Kensington and Chelsea and Greenwich are well known as being major residential, commercial and cultural centers in the capital, so the royal status definitely has been rightly ascribed to them.