The Music Capitals of the World

The Music Capitals of the World

There are several cities on the planet that are far more relevant for what is going on in the music industry than the rest: 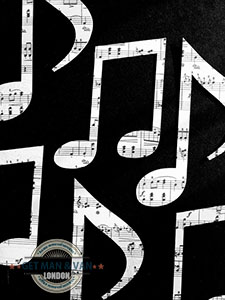 How does a city become important for the music industry? The factors are very different, and everyone is going to have an opinion on the matter. Is it simply historical background, or does the trend go a little deeper than that?

The culture of the music capitals of the world has many similarities. All those cities are, among other things, some of the largest in the world. They are economical hearts, one might say, and as years go by their population increases. This does not mean only that man and van companies carrying out commercial and domestic relocations have more business, it also speaks volumes about the respective city’s financial landscape. Both London and New York are the places where large international companies choose to set up their headquarters. These are the places where not only people, but also money come in. Berlin and Los Angeles are also pretty much well developed from this point of view. When you have stock trading companies, air-travel companies and big manufacturers based in those cities, that the entertainment industry is also going to settle down here. The best recording studios and distribution companies on the planet are to be found in the already mentioned places.

But is it enough reason for the musicians themselves to come here? One might think that those people will prefer to make their art and perform in other places and come to the music capitals only when the business requires it, but looking at the statistics that are available, you will notice that the biggest concerts and events related to the music industry in general, happen here as well. Not to mention that the most easily recognizable names in the industry are also based there. There is this thing that London, NYC and LA, Berlin as well are just nice places to live in. They offer vibrant atmosphere which is a necessity for most artists to do their job, and because so many other people live here, their audience is much bigger. Even if we are talking about live performances at a small venue, one and the same musician will gather a much bigger crowd if playing at a club in London, than let’s say Coventry or Zagreb, right?

What is more, the chances for exposure are also larger. Musicians come to the big financial capitals, because the contact with the media is easier here, and as you can guess, more media means more people hear about your work, thus enabling you to sell more tickets, CDs and digital singles, and book jobs at a higher  rate and for better money as well.