Famous Towers from All Over the World

Famous Towers from All Over the World

Towers are amongst the oldest structures that mankind has built. Some of them are millennia old and have become major landmarks that attract visitors from all over the globe. Here are some of the most famous towards in the world. 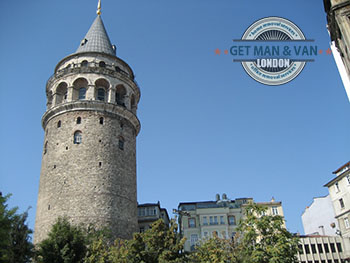 Galata Tower – This stone tower dates back to medieval times and is situated in the Galata district of Istanbul. It is 67 metres tall and has a cone-shaped roof which can be easily recognised from a large distance. The tower is one of the city’s most distinguishable landmarks and tends to attract both local and foreign tourists. The upper floors of the structure have been converted into a restaurant and café which provide some of the most amazing vistas of the Turkish capital.

The Two Towers of Bologna – These two towers are named after the families who are credited for their construction. The Asinelli Tower is the taller of the two with a height of approximately 97 metres. Garisenda Tower was originally 60 metres tall but was lowered during the 14th century due to safety reasons and currently is 48 metres tall. Both structures have survived numerous disasters throughout the centuries and are today regarded as Bologna’s most important buildings.

Minaret of Jam – Built during the 12th century the Minaret of Jam is the only surviving part of an ancient mosque. The religious building was severely damaged during a flash-flood and was totally destroyed when the Mongols invaded modern-day Afghanistan. It is 65 metres tall and is considered to be one of the country’s most emblematic landmarks. In 2002 it was recognised by UNESCO as a World Heritage Site and due to its bad state it was immediately added into the list of endangered sites.

Three Pagodas – Located in close proximity to the ancient city of Dali, the Three Pagodas dates back to the 9th and 10th century. They are amongst China’s most notable landmarks and are described by historians as some of the best preserved Buddhist structures in the world. The middle pagoda was commissioned by King Quan Fengyon and is the tallest of the three with a height of about 70 metres. The remaining two towers are 42 metres tall.

Elizabeth Tower – More commonly known as Big Ben, this tower is undoubtedly London’s most recognisable structure. The clock tower was built during the mid-19th century and its main feature is its 13 ton bell which is known as Big Ben from where comes the common misconception about the structure’s name. It was designed by Sir Benjamin Hall and is currently the 3rd largest free-standing clock tower on Earth. You should most definitely visit Elizabeth Tower as soon as your relocation is over with the help of man and van contractors. By using professional man and van services you will facilitate and speed-up the execution of your move.

Belém Tower – This structure was once part of Lisbon’s fortification and defense system. It was built during the 16th century and was used by navigators as their starting point during their travels to discover new trade routes. Today it is one of Portugal’s most known landmarks and has become a symbol for the country’s discovery era.