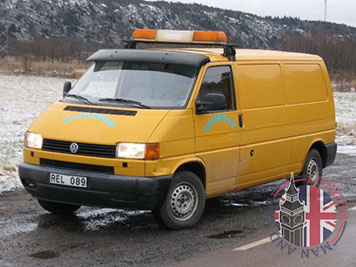 The first ever VW Transporter with a right hand drive steering column landed on UK shores sixty years ago. Its distinctive lines and design, along with its robust practicality made it a natural favourite with many professionals engaged in the man and van industry, pick up & delivery services, specialised transportation firms etc. The T1 as the first UK generation of Transporters were known, became an almost instant classic. Its landslide, overnight success came from a number of factors – the main ones being functionality and simplicity. At the time, there was no other such vehicle on the road. Indeed there vehicles resembling vans though they were more trucks rather than a panel van. In light of this, the T1 Transporter is considered to be the original revolutionary of commercial vehicles in the UK, and much of the world for that matter.

VW’s Transporter is a true jewel in the commercial vehicle industry – the fact that the van is celebrating its diamond jubilee in UK business speaks for itself really. VW quickly realised that the Transporter was going to be a hit, not just with professionals in the man and van industry, but also with keen motorists and car enthusiasts. In result, the Transporter received a number of makeovers, with the most iconic one being the VW Camper (a Transporter for passenger and recreational use). For classic car lovers, VW’s Camper is of legendary status. Camper is still one of the most popular and easily recognised vehicles for more than three generations of people. Aside from the Camper version of the van, its original Transporter edit has enjoyed arguably the highest success in terms of number of vehicles sold across the world (in the light commercial vehicle segment).

The Transporter’s enigmatic status was established by its landslide success in terms of popularity and desirability. The vehicle was used by all sorts of people, from movers to gardeners, to global trotters and picnic lovers. At the same time, the Transporter proved to be a sturdy, reliable workhorse which helped many businesses to success. Being the van of choice for most professionals, the Transporter’s huge commercial success was guaranteed. Volkswagen says the Transporter’s success over five generations (Mark 1 to Mark 5) boils down to a couple of basic things – with the most essential one being preserving the original philosophy behind the vehicle. The vision and passion that went into creating the first ever Transporter has kept the model going strong for more than half a century.

Sales of the T1 Transporter (although there was a lot interest toward it) were somewhat humble – only seven hundred and eighty six vehicles sold in the first year of its release. However, things changed dramatically within the next twelve months and sales numbers were growing rapidly. In twenty fourteen, Transporter saw its highest number of sales in the UK – eighteen thousand three hundred and fifty vehicles. VW’s Transporter is as every bit appealing today as it once was, still the backbone of VW’s Commercial Vehicle Model Range, the van is a true icon in every sense of the word.