The Finest Secondary Schools in London

The Finest Secondary Schools in London

London is home to some of the world’s finest higher education institutions. But the city is also home to numerous top notch secondary schools, the finest of which we will present to you in the following article. 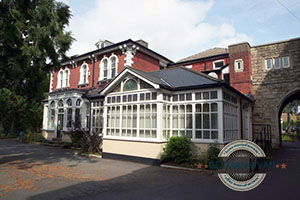 In the last couple of years St. Michael’s Catholic Grammar School has established itself as one of the finest secondary school in the city. The school dates back to the early 20th century and currently has a student body of approximately 750. The school is a girl’s only school, with the exception of the sixth form where the school provides secondary education to both boys and girls. The school is located in the area of Finchley which is one of London’s finest residential areas. So if you have recently moved to the area via the help of a man and van company and you have a daughter you should your best to enroll her into St. Michael’s Catholic Grammar School.

Another high profile secondary school in London is the North London Collegiate School. The school was founded in 1850 and is an independent school that provides excellent education to girls from the ages of 4 to 18. Presently the school has a student body of 1066 students. Amongst the most notable alumnae of the school as Ruth Padel, Louie Ramsay, Stella Gibbons, Natasha Walter, Alice Beer and many, many more.

Latymer School unlike the previous two schools is a coeducational secondary schools that is located in the residential area of Edmonton. The school was founded in 1624 but is situated at its current location since 1910. Latymer School is a state school that currently provides secondary education to 1,369 boys and girls from the ages of 11 to 18. The fact that the school is situated in the area of Edmonton makes the area one of the best residential areas of the English capital. So if you are considering a move to London you should most certain think about the area of Edmonton as a potential possibility. Even more if you decide to move to the area you won’t have a hard time finding moving services as there are several man and van companies that operate in the area.