A Fresh Look on an Old Landmark

A Fresh Look on an Old Landmark 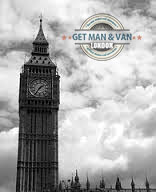 London is one of the cities where iconic landmarks and historic places of interest are literally around every corner, which is no surprise really given the British capital’s long spanning and colourful history that has also influenced and left its mark on the rest of the world for many centuries.

Problem with iconic landmarks like the Eifel Tower, Big Ben, the Empire State Building, Sydney Opera House, Taj Mahal and what have you, is that everyone has seen them in photos, postcards, posters, T-shirt prints etc. in the same way every time. Although they are just as grand and majestic each time, seeing these landmarks in the same mundane way can simply get boring and dull their grandeur.

This is an opinion shared by a London based graphic designer who instead of bird watching does ‘clock watching’ in Central London. The amateur photographer set out on a personal mission to show The Elizabeth Tower in a totally different way. For those who skipped one or two history classes – Big Ben is the name of the actual bell inside the clock tower, the structure itself is called Elizabeth Tower.

Big Ben is arguably the most recognisable and photographed site in the British capital. There is not a single tourist or visitor who hasn’t snapped the iconic landmark in a panoramic photo, or in a selfie as the trend goes these days.  However, the designer slash photographer Simon Webb who took on the challenge of showing Big Ben in a different light, is not into selfies, but spent years of his life taking photos of the tower every day on his lunch break. The idea was to show Big Ben in all sorts of weather – might sound odd, but weather and climatic conditions change the appearance (and in turn perception) of buildings, especially those of the size and grandeur of the Elizabeth Tower.

During the years, the photographer has accumulated thousands of breathtaking snaps showing the tower in a variety of weather and light conditions. Simon Webb says the trick here is not to take all sorts of photos each day, but to show a traditional icon in a new, untraditional way. The idea is that one day conditions will be just right for the perfect photo. At the moment, he has shared the crème de la crème of his photographic work (shortlisted from years’ worth of photos) on his social media page for everyone to see and enjoy.

Big Ben or the ‘lovely old boy’ as Simon refers to it, is for everyone to enjoy, he in particular enjoys photographing it, along with other London landmarks of course. The Elizabeth Tower was built in eighteen fifty eight. The tower is named as such in order to mark the Diamond Jubilee of Queen Elizabeth II. In fact, prior to twenty twelve (the year of the Queen’s Diamond Jubilee) the structure was simply known as the Clock Tower at the north end of Westminster Palace. The tower holds the second largest four faced chiming clock in the world.