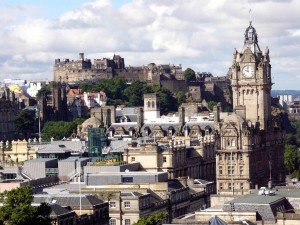 The referendum in Scotland this Thursday is a historical event of enormous proportion. Namely its significance makes it so complex a question, and a simple “yes” or “no” answer to cannot be given.
In addition to personal affection and sense of national identity, the decision whether or not Scotland should become state independent from England has the potential to change the political future of Europe. Its importance has been felt long before the actual vote. The stock and goods market in London has felt serious setbacks because of the uncertainty of the outcome of the referendum. Polls held out the previous weeks showed that even though many people see the idea of an independent Scotland after the centuries in which the country has been part of Britain an absurd one, the popular opinion is divided. With a slight lead on the “NO” answer to the question “Should Scotland be an independent country?” it is still clear that the actual outcome of the referendum will be known only when all the real votes are already counted and confirmed.
Only a glimpse on the front pages of the newspapers and informational networks in the past several days show the real sensation that the ballot causes. Everywhere there are in-depth analyses of the situation. Some specialists defend the independence of Scotland, while others share the opinion that it is going to be a political suicide. The opinions in the comment sections in the media websites and online forums are equally divided, and they come from both Scots and outlanders. Meanwhile people gather at public places to protest against the referendum or defend the right of the people of Scotland to be independent, a right they have fought for greater part of their history. Even the Russian Ministry of Foreign Affairs joined the sensation. Secret documents leaked to the Moscow press describe a plan for joining Scotland to Russia in case an independence from England is won. It may sound like a plot of a James Bond movie, but the truth is that today we live in a world where such far-fetched fantasies become reality. It is how Important the referendum in Scotland really is.
So it is actually a good thing that many Scots, living in all parts of the world, are returning home to vote. It is not a strange sight to be at the London Heathrow and see a man with only a day’s luggage waiting for the next plane for Edinburgh, going home just for the ballot, or another one living near Scotland’s capital spending the whole day loading friends and family members on his van in order to drive them to the nearest voting section. That’s how much everyone is excited about the referendum, no matter whether their vote on the question “Should Scotland be an independent country?” is going to be positive or negative. Not only they, but the world is waiting for the final result from one of the most important days in the recent history of Britain.