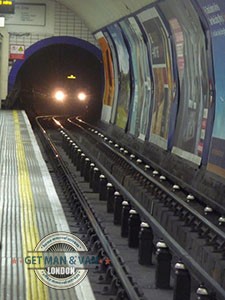 The London Underground is one of the largest metro networks in the world. The underground is so big that throughout the years it has become the home to its own species of mosquito. Yes! You read it right the London metro has its own insects. The mosquito evolved during the last century and is known for its nasty and voracious biting. The specie is called by biologist, Culex pipiens f. molestus.

The capital of England is nicknamed the Big Smoke. The nickname is a leftover from London’s Great Smog which was also known as the Big Smoke. In 1952 London’s air was so polluted and the smog was so dense that it caused the death to approximately 12.000 people. Today London is the greenest European capital and has a much better air quality than most of its European counterparts.

London is the only city in the world to have hosted three Olympic Games. It was in 1908 that the English capital hosted its first Olympics. The games were mostly held at the White City Stadium which was the first British Olympic stadium. Sadly the stadium was demolished in 1985. The second games were held 1948 and were the first Olympics to be held after World War II. In 2012 the city hosted its third Olympic Games.

The United Kingdom has always been known for its large quantity brew production, so the next fact won’t come as a surprise to most of you. In 1814 a London based brewery exploded and caused an immense beer flood through the streets of the city. Sadly a total of nine people died during the event, one of whom died due to alcohol poisoning.

Unlike most of the world the British drive to the left side of the road. However there is one single street in the entire country where the driving direction is to the right side of the road. The street is known as Savoy Court and s located in London. This privilege was granted to road in 1902 and leads to the world famous Savoy Hotel.

In 2011 London beat Paris and became the most visited city in the world. An estimate of 20 million tourists came to the English capital to see in person the city’s landmarks and visit some of the most amazing museums of Europe and the world.

Bonus fact: London is considered the multilingual capital of the world. Over 300 languages are spoken in the city.