The London Eye – the youngest symbol of the capital

The London Eye – the youngest symbol of the capital

London itself is one of the most iconic places in the world. Many features of its cosmopolitan landscape may be rivals for the title “a symbol of London” and they will all have the right to claim it – Westminster Abbey, Buckingham Palace, Hyde Park and many other might be enumerated on the list of symbols.  One of them is of course the London Eye. 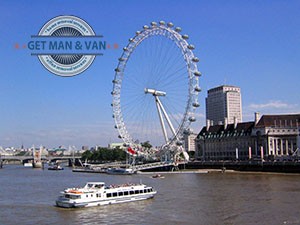 The Eye, often referred to as the Millennium Wheel, is a giant Ferries wheel that is located on the south bank of the Thames. Over the years the exact name of the facilities has been changing in accordance to the company or corporation that was looking after its maintenance. It was first The British Airways London Eye, then it was renamed to Merlin Entertainments London Eye, EDF Energy London Eye and today it is simply the London Eye. The latest news is that Coca Cola Corp. is taking over the maintenance of the Wheel in 2015.

Some vital statistics: the London Eye is the highest viewing point in London at the current moment, which means it can provide you with the best panoramic view of the capital possible – except probably the observation deck on the Shard which was only recently opened to public. It is also the highest Ferry Wheel anywhere in Europe, towering the impressive 135 meters.  Not only that, but 3.5 million people visit the Eye every year, which makes it the most popular tourist attraction in London for which you have to pay an entrance fee. It carried its first passengers on 1 February 2000, and ever since the London Eye has become one of the most popular and easily recognizable features in London.

The popular culture references and direct views of the Eye are so many that they can be enumerated in their entirety only in a book-length material –  they include films from all over the world, animations, music videos and lyrics, novels, television shows, video games etc.

Frank Anatole, Nic Bailey, Steve Chilton, Malcolm Cook, Mark Sparrowhawk, Julia Barfield and David Marks are the architects who stand behind the project. Because of the dimensions of the constructions much care for the detail and special solutions had to be thought of, and it is safe to assume that the designers as well as the companies responsible for the construction of the London Eye did their jobs really well.

Even though the initial plans for it cause some critique and controversy, today it is universally recognized that the Millennium Wheel is one of the most important features of our capital. Sir Richard Rogers, the renowned architect, even went as far as to say that the Wheel did for London what the Eiffel Tower did for Paris.

It would be great to bring your family here while you have the man and van contractor executing your project carry out the actual transportation of your items to the new location – it is guaranteed it would be a time well spent.