London, the capital of England is one of the most beautiful and vibrant cities in the world. It is comprised of numerous areas and neighbourhood that have their own charm and character. Today, we have decided to turn your attention towards three fascinating districts, which you would definitely enjoy exploring or living in. 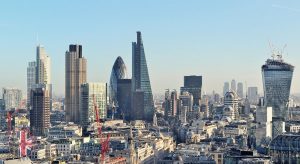 Shepherd’s Bush is a neighbourhood that lies in the western parts of London. The noted junction of Charing Cross is located at about eight kilometres from the area. The district is part of the Borough of Hammersmith and Fulham, and is identified in the London Plan as a major metropolitan centre. The Shepherd’s Bush Empire is questionably the neighbourhood’s most prominent entertainment venue. Designed by Franck Matcham and opened in 1903, the music hall was the subject of a major renovation project in 1993. It currently has a maximum capacity of 2.000 seats and is owned by the Academy Music Group. While mainly residential, the district has its own commercial area, where numerous office buildings are situated. The presence of these businesses allows local residents to find employment locally, instead of having to commute. This is why, more and more people are moving to the neighbourhood by using professional man and van services in Shepherd’s Bush by the London Man with Van. 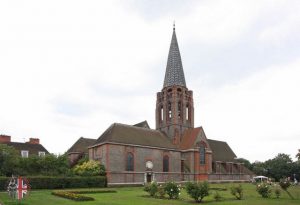 The area of Hampstead Garden Suburb is situated in the Borough of Barnet in the northern parts of the British capital. According to the last census, the neighbourhood comprises of over 5.000 properties and has an estimate population of 13.000 people. The district was planned by Sir Raymond Unwin and Barry Parker, and according to urban specialists, it is one of the best example of early 20th century town planning. The area is home to several parklands, which is why it is one of the greenest neighbourhoods in London. Throughout the years, the district has had numerous notable residents, such as:

The area is one of the most affluent in the capital and is covered by the London Man with Van that are known for providing affordable man and van services in Hampstead Garden Suburb. The neighbourhood linked to the other parts of the city by several bus routes, while the nearest rail links are located in the adjacent districts.

The tranquil district of Sanderstead

Sanderstead is a village that sits in the southernmost parts of the city. It has a population of over 12.500 people and lies in the Borough of Croydon. All Saints’ Church is unequivocally the most popular edifice in the area. Built during the 13th century, it is listed as a Grade I building. Londoners choose to live in the neighbourhood, as it is peaceful and charming. Moving to the village is easy as newcomers can seek assistance from London Man with Van as they provide insured Sanderstead man and van services. The area is also home to a significant number of well-known educational facilities, and lies in close proximity to other acclaimed schools, such as the Harris Academy Purley.