Mansion Tax in the UK – Too Heavy of a Burden

Mansion Tax in the UK – Too Heavy of a Burden

Recently, the UK government voted legislation for imposing a so called ‘mansion tax’ or a tax bracket applied to homes worth over two million pounds. According to the Historic Houses Association, the mansion tax scheme will have a disastrous effect on households already struggling badly to maintain and care for their historic homes. In result, the association expects the closure of many historic houses – ‘households will be forced to do so burdened by the new tax’. 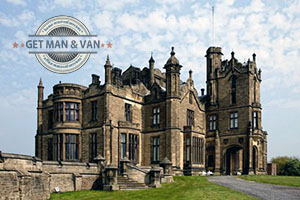 Many of Britain’s historic houses will be forced to shut down to the public or be sold off, should the new tax come into effect. Currently, the Historic Houses Association represents about sixteen hundred properties nationwide, ranging from cottages to castles and all in between.  The Association is also negotiating with Labour and Liberal Democrats who are planning to impose the new tax. HHA president has pointed out that many households which are trying to maintain and restore such properties are already struggling to do so, and the mansion tax will simply put the final touch on their financial ruin.

The ripple effect of the new tax is likely to be felt on many levels of the community – not only historic house owners. When the new mansion levy is imposed, many struggling property owners would be forced to sell the houses to wealthier owners. Most, if not all new owners would be looking for lots of privacy on their new mansions, the houses will be quickly closed to the public. When there are no visitors then there is no work for local businesses like shops, pubs etc. The employment these ‘mansions’ facilitate and provide for local community is substantial and an effort should be made to preserve it. Even when a grand home opens its doors to the public only two or three times a year, this has lasting and notable positive effects on the local community and business, says HHA president.

All is not lost says HHA, so don’t call in the man and van removals yet – the parties proposing the tax changes are actually listening to what owners and association are saying. It is debated whether or not certain properties can be exempt from the new mansion tax. Another problem with mansion tax is the generational burden it creates for heirs and offspring of current owners. Man and van removal service providers are seeing more and more households moving out of grand homes as they are simply too big and too costly to maintain. One can imagine what the effect of the mansion tax will be on such households – basically young generations will sell the house in order to free themselves of all the expenses it attracts.

Many of the younger owners or inheritors are quite reluctant to even reside at the ‘big house’ simply because it lacks privacy, practicality and comfort in many ways. Up until now, such people were using the mansion as means to financial integrity, but the planned tax will also affect them for the worse. The risk/reward analysis behind the mansion tax should be reviewed and reconsidered.