London is home to some of the best entertainment venues in the United Kingdom, Europe and the world. Here are several of the most acclaimed theatres, opera houses and live music venues in the English capital.

Shakespeare’s Globe is a reconstruction of the legendary Globe Theatre which was an Elizabethan playhouse built during the late 16th century. The original venue was destroyed by fire in 1613 and was rebuilt one year later only to be demolished during the mid-17th century. The currently venue was founded during the late 1990s and is owned by the Shakespeare Globe Trust. It has a much smaller capacity (1.400 seats) than its predecessor (3.000 seats) and is used to stages various plays and musical. The Sam Wanamaker Playhouse which has a capacity of 340 spectators is also situated on the site and was opened in 2014. Shakespeare’s Globe is also a highly prolific tourist attraction, so make sure that you explore it once that your removal via man and van services is over. 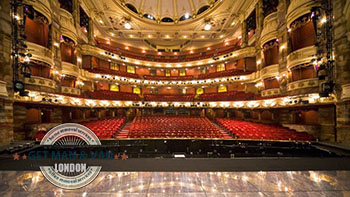 Also known as the Coliseum Theatre, this venue is one of the largest and most luxurious in the English capital. It is also one of the two main opera houses in London. It was designed by Frank Matcham and opened in 1904. From 2000 to 2004 the venue was the subject of a major reconstructions project. It is a three tiers opera house and has a capacity of 2.558 seats. Today the London Coliseum is the home of the English National Ballet and is recognised as a Grade II* edifice.

This concert hall dates back to the late 1860s and was designed by Major-General Henry Young Darracott Scott and Captain Francis Fowke. It is listed as a Grade I building and has a maximum capacity of 5.544 spectators. Aside of being a highly renowned music venue the hall is also one of the city’s most famed landmarks. So, make sure that you visit it once your relocation is over and you have paid the man and van contractors who assisted you.

The Royal Opera House lies on Bow Street in the City of Westminster. The current building is the third incarnation of the venue as the original edifice from1732 was destroyed by fire in 1808 and the second structure had the same fate in 1856. The present building was inaugurated in 1858 but today only the façade, auditorium and foyer remain intact as most of the edifice was severely altered during a 1990s reconstruction project. It is identified as a Grade I building and is currently the home of the: 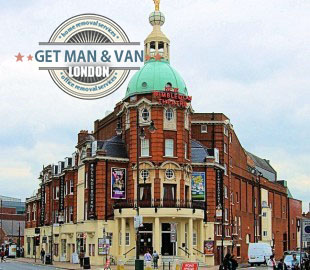 Owned by the Ambassador Theatre Group and located in the district of Wimbledon, this venue was founded in 1910 and was designed by architects Cecil Aubrey Massey and Roy Young. It has two halls the largest of which has a total of 1.670 seats which are spread throughout three levels. The smaller hall has a capacity of 80 spectators. The New Wimbledon Theatre is listed as a Grade II structure and can be easily accessed as it lies in close proximity to two tube stations.