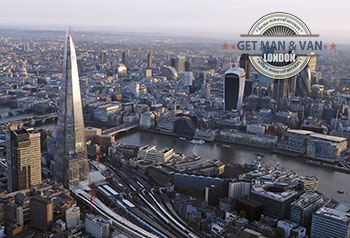 In a historical referendum which was held on the 23 June, the nation was divided. The majority of the population – nearly 53 percent voted for leaving the European Union. This led to uproar. David Cameron announced that he would be stepping down of office in the autumn, while a petition for a repeated vote was immediately started and gathered over a million signatures overnight. London was the only city in England where the results for Stay were overwhelming – more than 75% of the residents of the capital who voted wanted the country to remain part of the European Union. This is an almost unprecedented consensus on any question in the democratic world. But what are the reasons for it?

What are the possible reasons for the Remain vote?

For starters, being the capital city and a global economic centre, London is also a multicultural mega-polis. Nearly a third of its over eight million people population actually comes from different corners of the globe, many of whom from member-states of the European Union. Those people know what the benefits of free travel and work within the borders of the organization are. There is a good reason to think that Londoners are the ones that are to lose the most should the UK leave the EU, or at least that is how it looks like at first glance. 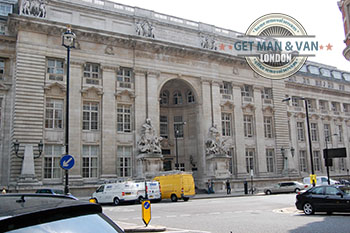 Then again, a significant portion of the population of London consists of young people. They might be young professionals working in the big corporations in the City or students, attending the many universities that are scattered across the territory of the capital. London has a larger student-body population among any other city in England, which is evident from the sheer number of higher education institutions that are based in the capital. Just take a look at this list of some of the major universities and colleges that are to be found here:

These are less than ten percent of the total number of universities and colleges that are to be found in London. As it became evident from the data that was released immediately after the results of the vote became known, people aged 18-30 were predominantly for staying in the European Union. So, a city where a considerable portion of the population consists of students is naturally more inclined to the Remain vote than any other place in the country. This is another possible reason for the results that we see from London.

As we have already have had the chance to mention, London is a global economic power with no equal anywhere else in the world. The City and the newly developed financial centre at Canary Wharf account for more annual turnover than any other city in the country and they are on top of the lists of global financial centres – they have been there for couple of decades now. On the other hand, the Leave vote meant disturbances in the markets and loss of money for the corporations that are based in London. Its employees and their families were naturally inclined to voting Remain, because they were to lose the most out of the situation, which actually happened.

One of the main reasons most people were sure that the Remain vote is going to be the majority was the way the markets reacted in the weeks following the poll. Every possible sign showed that there would be no surprise here, which was why it was such a shock and disturbance when the results came out. This reflected in a sudden drop in the market and devaluation of the British pound of 13% which is equal to some of the biggest market meltdowns in history. Even though the situation has already stabilized more or less, the losses that were made that Friday following the poll were enormous and the long-term effects are still to be seen and estimated.

There are many facts that determine the results of the Brexit poll:

The one thing that is certain however is that no one can predict what exactly is going to happen now. The Sanction 50 from the member-state contract, which is to facilitate a certain member of the European Union which wants out of the organization has never been applied to this day. So no matter what the experts say, the process might have both very positive results for the union and the UK alike, and drastic ones at the same time. There are already movements in other member-states like the Netherlands for example that call for the same poll to be held in their country as well. At the same time the procedures for leaving are going to take at least two years, so even if Members of Parliament decide to listen to the voice of the people – it would be some time before we actually see the final results of the Brexit Poll. The most positive among the specialists are talking about democracy in action – listening to what the majority of your population (even though what constitutes majority  in this instance is just 3-4 percent) is the best course of action a really democratic country’s government can possibly take. On the other hand, there are those that are talking about a crisis on an European level that can potentially bring down and disintegrate the European Union in the following years, along with new economic and political crisis and very bad long-term effects of the whole ordeal. Which one, if any, of those scenarios is going to come true – no one can tell. It is like the old Chinese curse – May you live in interesting times.