London is one of the largest cities in the world. The economical and cultural importance of Britain’s capital is no subject of discussion. Another fact is that thousands of people move from one place to another in London, or from other places in the country here. If you are among them, you might wonder which the best suburb to move in London is.

This depends on many factors of course. The reason you are relocating is by far the most important one. No matter whether it is because of a career change or in order to go to university, you should pick up your new place of residence in way that will accommodate your daily commute to work or school. So, you will have to choose between the larger areas of London first – East, West, South or North. Once this is figured out, the time comes for the more serious decision – which would be the best suburb to rent or buy a property in. Let’s take a look at a few suggestions for every region of London.

This is by far the best suburb to the North of the Thames. Highgate is bordered by the beautiful Hampstead Heath. Have in mind that it is pretty high end, but every penny you pay for a home here would be totally worth it. You will find all that you need here – amenities, green spaces, good transport links and all else requited in order to enjoy life.

The district emerged around the eponymous Tube station. It is located near central London and offers easy access to the City making it perfect for commuters. Have in mind that due to various reasons Archway is a pretty busy place, but this would be perfect for you if you are afraid that a fully-fleshed suburb would be boring for you.

The main settlement in the borough of the same name, Wandsworth is a city within the city. Recognized as one of the 35 major centers of Greater London Wandsworth contains everything you need for everyday life, including great job opportunities, that you would not even need to set foot in the City itself unless you want it.

Clapham was a suburb even before such places officially existed. In the 17th century it contained a number of country houses possessed by the wealthy and well-to-do of the day. Thanks to the arrival of the railway, the area become a suburb in the modern sense of the word after the second half of the 19th century. Clapham Old Town still contains a number of pretty interesting buildings from olden times, like a Georgian Church, and other architectural wonders from Georgian and Victorian era. There is also a pretty vibrant shopping area. Property prices here are just a bit higher than the average in London, but as all places featured on this list, it is totally worth it to consider coming to live in Clapham.

There was a time when the London Docklands were the largest port in the world. They were a symbol of the economic and trade power of the Empire. In the 20th century the whole area, which is considered to be a part of at least four different boroughs, fell into demise, but recent redevelopment projects brought life back in the Docklands. Most of the old warehouses were demolished and new office and residential buildings were erected in their place. There is even a project for extension of the railways that lead to and from the Docklands. Here, as well as in the neighboring Canary Wharf some of the most exciting economic activities in London at present take place. If you want to be near them, just move to the Docklands. 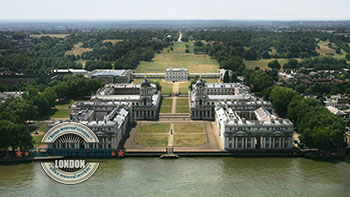 Greenwich is well known for its extensive open green spaces

The heart of the Royal Borough, Greenwich is one of the best places to live not only in London, but in the world as a whole. On one hand, the whole area is magnificently developed and taken care of. Then again, the number of open green spaces and cultural attractions here will make your life richer and much more pleasant. Last but not least, transport links to every other place in the capital are great too. How could one not love this place?

West London is considered by many to be the best area of the capital to live in. Places like Hammersmith lead us to believe this is so indeed. The area is located directly on the Great Western Road. It is a magnificent multi-cultural community with wonderful residential architecture. Take a look at the panorama that Hammersmith offers from the Thames and you will immediately fall in love with the place. Not only is Hammersmith a nice place to live in, the local economic scene is thriving too. Offices of dozens world brands are to be found here. There is a vibrant commercial area too.

The Thames as seen from Hammersmith

The focal point of this beautiful West London district is the so called Sheppard’s Bush Common, which is a triangular open green space – mostly grassland surrounded by trees. The main shopping streets in the area are actually located namely on the sides of the Common’s triangle. In addition to being among the finest residential areas in West London Sheppard’s Bush is notable for a number of other things. For example, it was the place from where the Beatles made their first ever BBC broadcast in 1963. Somali, West Indian, Syrian, Lebanese, Iranian, Irish, Algerian, Moroccan and Afghan are just a part of the international communities that have strong ties with Sheppard’s Bush, which comes to show only one thing – that if you are looking for a diverse and pretty colorful district of London to settle down in, considering this place is definitely one of your better options.