The Buildings Associated With Sherlock Holmes

The Buildings Associated With Sherlock Holmes 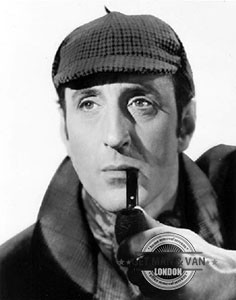 The sharp and charming detective Sherlock Holmes is arguably London’s best known and loved fictional character. Developed in depth and to perfection by the great writer Sir Arthur Conan Doyle, Holmes is quite the thing, in every sense of the word. The fact that most of the detective’s adventures and investigations take place in Old London Town makes the stories and their locations even more appealing and worth getting familiar with.

Holmes’ address and living quarters as everyone knows are on 221B Baker St. It is interesting to point out that when Sir Conan Doyle began writing the stories about Holmes and Dr Watson the addresses on Baker St did not go up to 221. As Baker St expanded and got more populated, the number 221 was in fact in use by the Abbey National Building Society. However, they gave the address number to the official Sherlock Holmes museum which is actually situated at 237 Baker St. Very gentlemen of you Abbey Building Society.

In the recent BBC’s television adaptation of the Sherlock Holmes stories, featuring Benedict Cumberbatch, the series are in fact filmed not on Baker St, but a mile away on North Gower St. What makes everything all the more interesting is that a local café based at the address where the series are filmed has become the place to be for Sherlock Holmes mania and a gathering spot for fans. The café even serves Sherlock-themed sandwiches!

In the original story, Holmes and Dr Watson met for the first time and became friends at the Criterion Restaurant in Piccadilly. The story tells of Dr Watson, standing at the bar, hearing news about an extremely eccentric individual (that being Holmes) looking for a roommate – the rest is well known history. Currently, there is a commemorative plaque inside the Criterion indicating the important meeting between the two characters.

Another key location in the book and films is St Bart’s Hospital – the place where Holmes and Watson meet for the first ever time. In the recent TV adaptation, Holmes takes a dramatic plunge off the hospital roof down to his apparent (and quite unlikely) death.

In the first full screen movie about Sherlock Holmes directed by Guy Ritchie, Holmes wakes up completely naked, chained up to a rather lavish bed, apparently in a luxurious London hotel. The scene was actually shot on location at the historic mansion Cliveden, Berkshire. The mansion is best known for being associated with the Profumo Affair.

According to Sir Arthur Conan Doyle, Holmes’ favourite thing in the world was to grab ‘something nutritious’ to eat after solving an extremely difficult criminal case. The place of choice was Simpson’s-in-the-Strand. The restaurant is very much real not fictional and in business since eighteen twenty eight. Though now it is not the place to have a hearty detective breakfast as the venue has a different theme to it.

Arguably the most famous story featuring Holmes – The Hound of the Baskervilles is believed to have been inspired by a local legend Sir Doyle heard while on holiday in Norfolk. He visited Cromer Hall (a local manor house) where he most likely got the inspiration for the story’s backdrop and location.