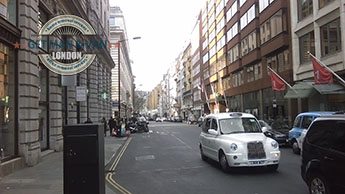 London is one of the greatest cities in the world. We are not saying that simply because it has great man and van services, or because of some ill-judged patriotic feeling, because it is the capital of England. It is a fact that is confirmed by the statistics and empirical data. London is one of the so called Global Cities. Actually it is in the top category of global cities.

What is a global city?

A Global City is a term, usually considered to be synonymous to world city, alpha city or a world centre, is generally a city that is considered to be of great importance for global economy. There are several characteristics that usually lead specialists to refer to a certain city to as a global city, such as:

This is probably the most important category of them all. Very few cities actually make it into the group of the Alpha++ cities. They are those that are considered to be the most important for the global economy, at least much more than any other city in the world. Reviewing the global economic indexes that are available, currently there are only two cities in the world that can qualify for the Alpha++ category – New York City and London, with the latter being the leader on all indexes in the past couple of decades. See? That is why we said that London is the greatest city in the world.

Even though when compared to alpha++ cities the Alpha+ category sounds more like as a consolidation prize, the names that make that list are still very important for the global economy, as well as for the cultural development of our civilization. Those cities fill in advanced and usually pretty specialized niches in global economy. The alpha++ cities are far more than the first ones. A couple of really characteristic examples include Paris and Tokyo.

The position of an alpha-city is one that connects major economic regions into the world economy. The capitals of major economic powers of the world fall into that category – such as Moscow for example. For a city to be an alpha or alpha-, there is no need for it to be a capital. Los Angeles is a fine example for this.

There are other categories for global cities of a lesser importance. Those include Beta Level Cities, Gamma level cities and Sufficiency level cities.