Why This Year Would Be the Time to Move to London

Why This Year Would Be the Time to Move to London 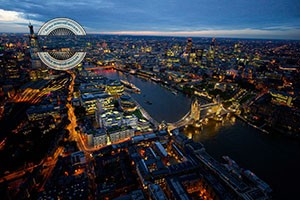 There is no need to say that if you have the opportunity, you should definitely do everything possible to move to London. Our capital is among the largest and most cosmopolitan cities in the world and the benefits of owning a property here are too many to enumerate in one short text like this one. There are of course several not so nice things related to moving in London, and most of them are not related to the logistics of the whole endeavor – on the contrary there are many good man and van companies that are willing to lend you a helping hand with the task – but rather it all comes down to money. In addition to being one of the nicest place to live in, London is also one of the most expensive. But do not despair – according to the most recent statistics, which came out at the end of last year, the property market here is going to become much more customer-friendly in the foreseeable future.

The research was conducted by the Centre for Economics and Business Research, one of the organizations with highest reputation in the field. They explain that in last year alone the property prices in London rose with the astonishing 16.8 %, causing an average increase of 8.8% for the whole country. These were the highest values since the beginning of the recession and many experts and professionals working in the field of property sales, not to mention the regular customer interested in buying a house or an apartment in London, were pretty concerned. Yet again, according to the same research, everything shows that the tendency of increase will stop in 2015. The predictions are so optimistic that the specialists dare to suggest that actually the prices are going to drop with nearly one percent in the first months of next year and overall prices in the country are going to stabilize.

What are the reasons for those developments? Well, the economic terms are pretty complex and unnecessary in this case, but in short they can be summarized in a way that says they are divided in two main categories – developments on the global markets and on the domestic ones. There is an expectations that he demand for properties from foreign investors and immigrants are going to drop considerably this year – because of the mansion taxes and the overall slowing of the development of foreign economies, mainly Russia’s. There are some things happening in the domestic economy too that would affect the property prices of London too.

The thing is that the decrease in price would most likely happen this and in the beginning of next year. This is according both to the Centre for Economics and Business Research and The Royal Institution of Chartered Surveyors. Then they will begin to go up again. This means only one thing – if you are seriously considering buying a home in the capital, 2015 would be the year when you will be able to get the best price.