The capital of England, London is world famous for its numerous palaces, monuments, museums and parks. The city is also home to some of the most iconic edifices in the world. Some of the most famed buildings in London are: 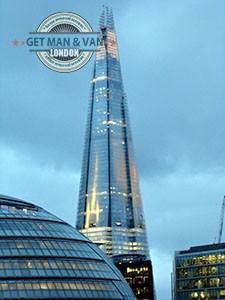 Also known as the Shard of Glass, this building is 87 storey high skyscraper which is situated in the heart of the city. The construction of the edifice began in 2009 and was completed three year later in 2012. At the moment the Shard is Europe’s tallest building and one of the highest skyscrapers in the world. The building was developed to serve multiple purposes and is often described as an edifice in which people can live, relax and work. The Shard was designed by architect Renzo Piano and has an exterior which is made out of 11.000 glass panels.

This edifice is more commonly known as the Inside-Out Building. Lloyds Building is situated on Lime Street and is described as a futuristic edifice in the heart of the English capital. The building is perhaps the most recognisable structure on the London skyline and is beyond any doubt one of London’s prime landmarks. The edifice was designed by Richard Rogers and was built from 1978 to 1986. The building has a total of twelve exterior lifts, all of which were the first of their kind in the United Kingdom.

Originally a mansion known as Buckingham House, it was bought by King George III in 1735. Since then the edifice has been the project of numerous expansion, renovation and reconstruction project which converted the red bricked house into Buckingham Palace, the official residence of the British Royal Family. Throughout the years numerous architects have worked on the building. Some of the most renowned architects to have worked on the palace are John Nash, Sir Aston Webb and Edmund Blore. During World War II the palace was bombed a total of nine times. Today no traces of the damaged can be seen and the building is one of the few operating royal palaces in the world.

Known as the Gherkin, this building was formerly named the Swiss Re Tower. The edifice was designed by Sir Norman Foster and was competed in 2003 and officially opened in 2004. The Gherkin is considered by many to be the most recognisable building of the English capital. It is also one of London’s tallest edifices with a height of 180 meters.

You should not hesitate for a minute to visit these iconic buildings one that your relocation to the English capital is done. You can drastically ease your move by using professional man and van services. You won’t have any trouble finding such services as London is home to some of the finest man and van companies in the country.

Other symbolic edifices within London are the Battersea Power Station, the British Library, the British Museum, the Barbican Centre, the Senate House and many, many more.